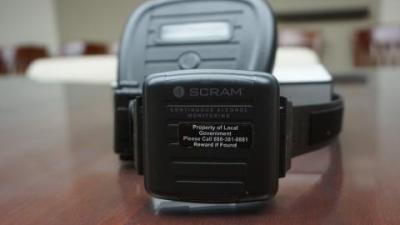 Lancaster County District Attorney Craig Stedman called it another successful year for the DROP program, which deals with a high-risk group of individuals who wear the devices. “About three percent of the many hundreds of individuals on SCRAM last year had a drink,” District Attorney Stedman said this week. “To me, that shows the program is thriving and Lancaster County motorists are safer because of it.”

Altogether, individuals on SCRAM were sober on 99 percent of days, calculated by multiplying the total individuals who wore anklets by the number of days they wore them. In all, that accounts for 75,228 combined days – 74,709 sober days. Most violations were due to tampering with the devices, not drinking.

Repeat offenders make up about 30 percent of the entire DUI caseload in Lancaster County. Last year, about 1,558 separate DUI dockets were filed – about 100 fewer than in 2016. (Those totals do not include cases that involved attached felonies, such as homicide by vehicle.)

DROP, including the SCRAM initiative, kicked into full gear in 2015 under the leadership of District Attorney Stedman and then-President Judge Joseph Madenspacher. Defendants are fitted with the anklet as part of bail conditions from arraignment, often within days of a charge being filed.

The Pretrial Services department receives morning reports from Vigilnet regarding the clients and any violations in the previous day. If there is a violation, a petition is filed with a judge within 48 hours to have the defendant’s bail revoked and a bench warrant issued. A judge then rules on ramifications.

DROP is 100 percent defendant-paid, including the monitoring and device rental costs related to SCRAM.